Question: a regular staircase is built from blocks and the blocks in each level are different colors. The staircase can be built in whatever order that’s physically possible. However, whenever you make a choice, the Universal wave function splits so that each staircase actually exists in its own branch of the multiverse. In addition, the surface the stairs are built on is slightly sloped (in all verses), so any placed block slides forward until it hits the wall. How many universes will spawn to accommodate the possibilities for the $4$-level staircase? An $n$-level staircase?

I got started by building some staircases. 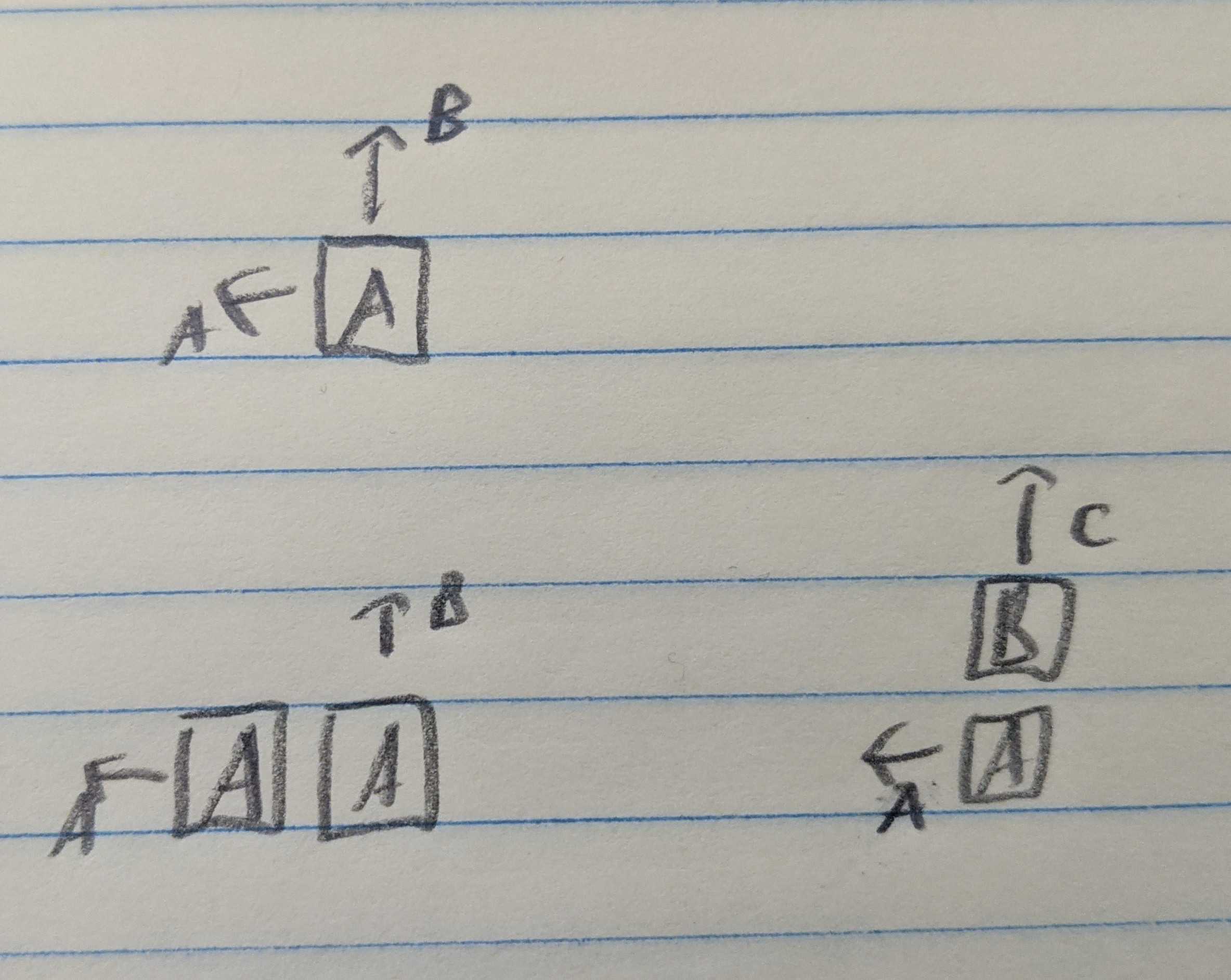 You can carry on like this, but it gets out of control fast. At this point I noticed a couple of patterns.

On account of the Observation $3$, I started using a notation in hopes to find a recursion: $\Omega(a,b,c)$ is the number of ways that $a$ remaining “A” blocks, $b$ remaining “B” blocks, and $c$ remaining “C” blocks can be placed in the staircase. 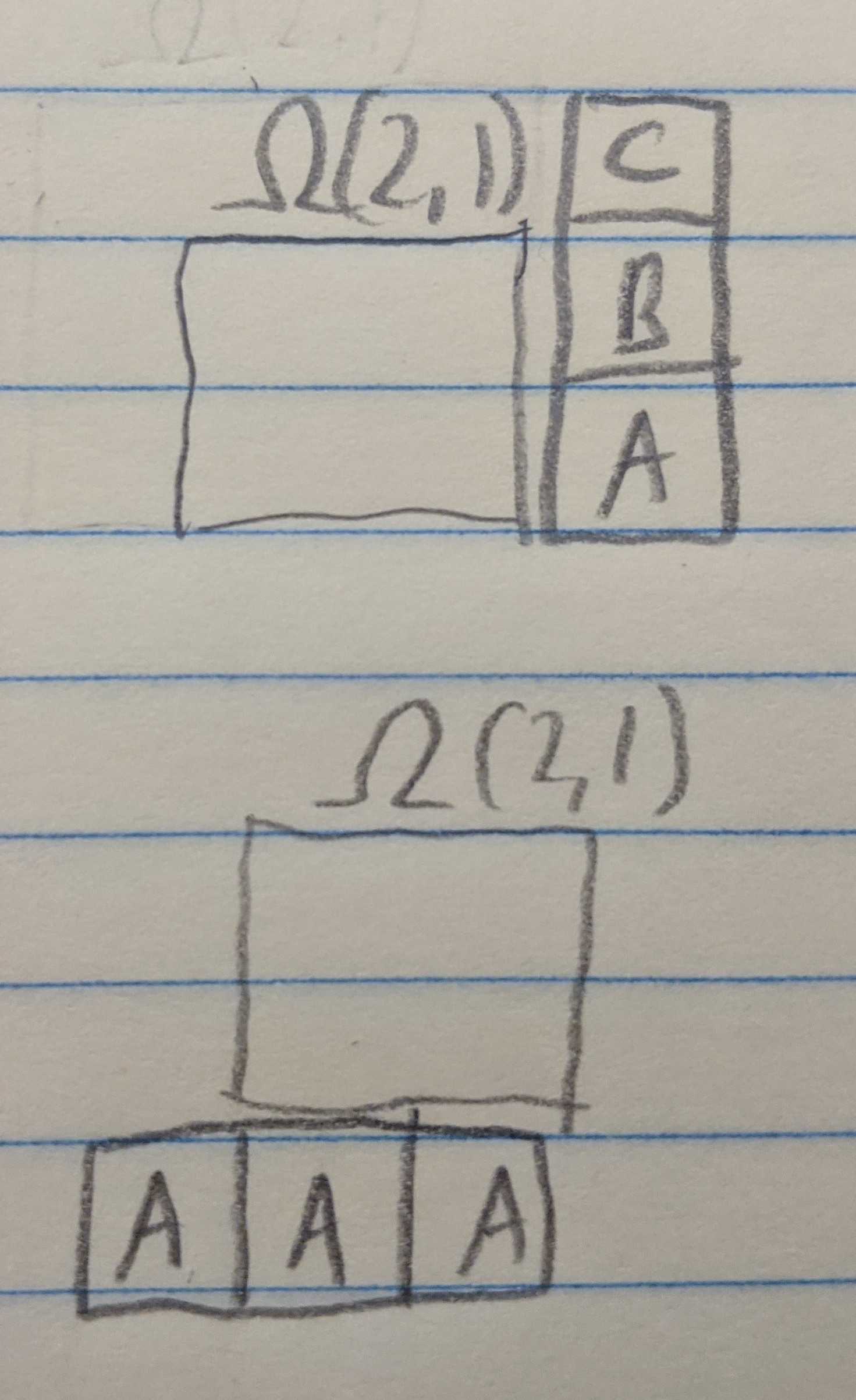 Schematic for the partial recursion of Observation $2.$

Since the agruments are equal, $\Omega(1,1,1)$ gives three choices for placement:

Again, each of these has been calculated previously as all are equal to $\Omega(1,1) = 2$ from the two stair problem.

We can translate from the list of observations into a formal rules. For an arbitrary number of stairs, we have

Coding this up (using memoization),

This code doesn’t extend nicely to bigger staircases, which we can take care of with:

Exploring some bigger staircases, we find:

Searching the first few terms on the OEIS, this is a known series for the number of ways to build out a triangular Young tableau. A Young tableau is a grid shape where numbers are filled out such that they increase along the rows and up the columns which, if we numbered our blocks according to when they were placed, is the case with our staircases as well. So, this makes sense.

We can check this for the $n=4$ staircase, where the prediction is

as expected. In general, the number of ways to build the $n$-level staircase is (abusing notation)