Question: Trapped in his house under Stage $4$ lockdown, Zach sits at the kitchen table with a half full glass and a cardboard disc, upon which is written the password he uses to edit the Riddler. Suddenly, he hears someone talking about cranberry sauce in the other room. He just can’t get enough of that cranberry sauce! When he gets up, he places the disc on the rim of the glass such that the disc’s center is at a random location on the inside of the rim. What is the probability that the cardboard disc falls into the half full glass of water, dissolving the password and forcing the Riddler into a $2$-week hiatus, because that is the only explanation for why Zach would abandon us like this?

The edge(s) of the glass

With a straight object over a straight edge — like a book off a desk — the edge is obvious.

On the rim there are two answers: the disc can fall off the glass or into it.

When do we fall in? 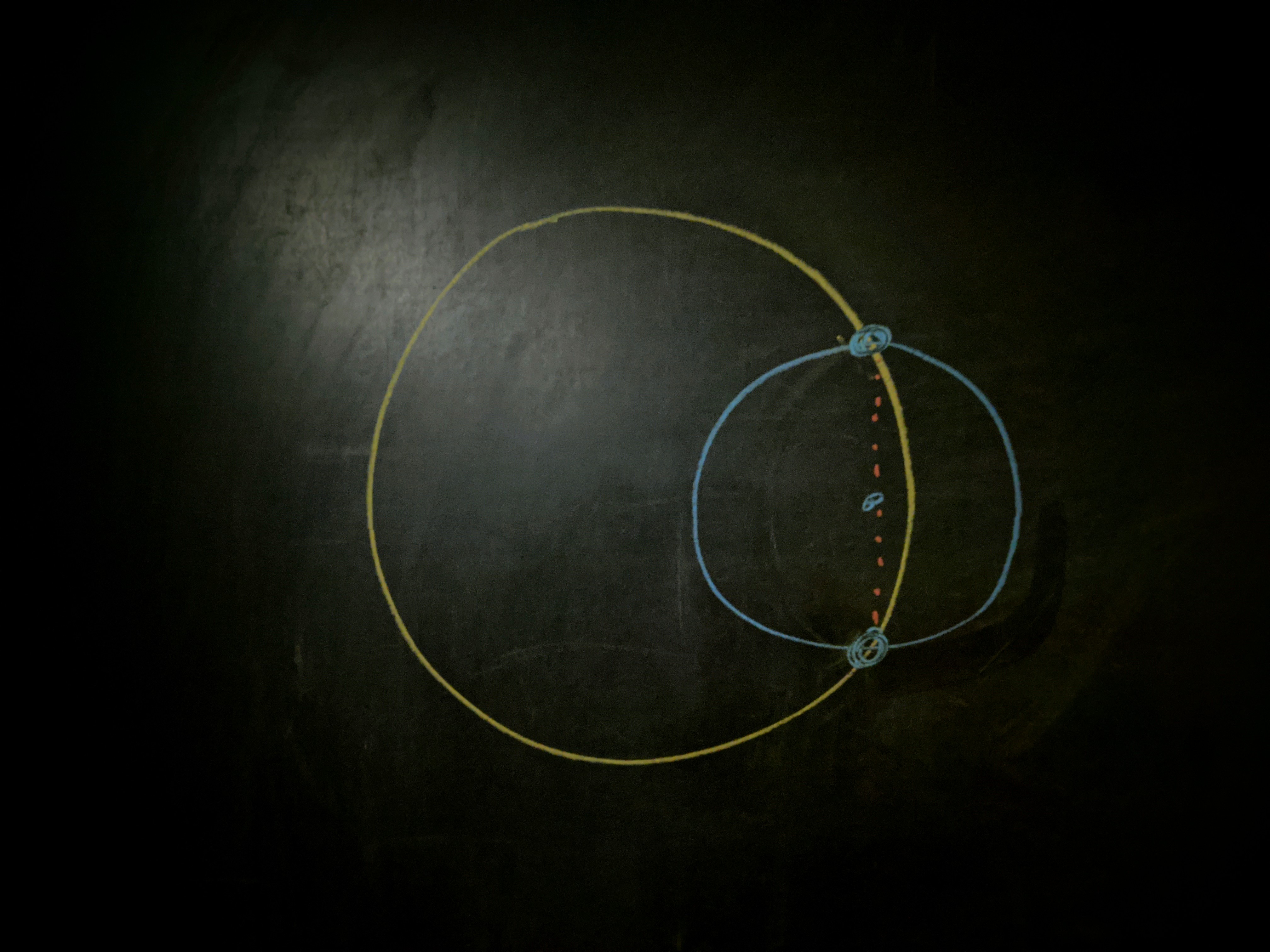 Small disc balanced as far in as possible while maintaining a stable perch.

Using the Pythagorean theorem, this radius is

Will we fall in?

Assuming that we place the center of the disc at a random point inside the rim, the probability that the disc stays up is equal to the area of the annular region between $r_\text{unstable}$ and $R:$